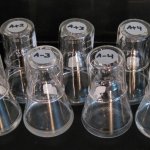 Evolution and E. coli: Natural Selection in a Constant Environment 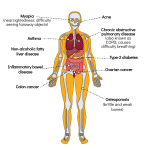 Evolution and Health: What is a Mismatch Disease?